City of danville recognized as a 2022 government experience project winner.

The Center for Digital Government recognized the City of Danville as a 2022 Government Experience Project Winner. Winners are recognized for their ability to embed new technologies into their customer experiences while addressing accessibility, inclusion and equity. 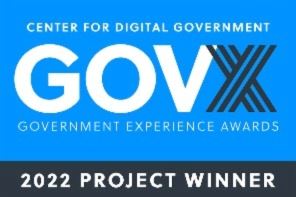 The Center for Digital Government (CDG) has named the City of Danville as a Top 10 Digital City in the category of population not exceeding 75,000, for the third consecutive year.  The CDG recognizes cities utilizing technology to tackle social challenges, enhance services, strengthen cybersecurity and more.

“Innovative cities are able to leverage data and harness new technology to enhance the services they provide,” said CDG Vice President Phil Bertolini. “The Center for Digital Government congratulates this year’s winners for putting technology to good use toward improving the lives of constituents and strengthening the relationships they have with their partners.” 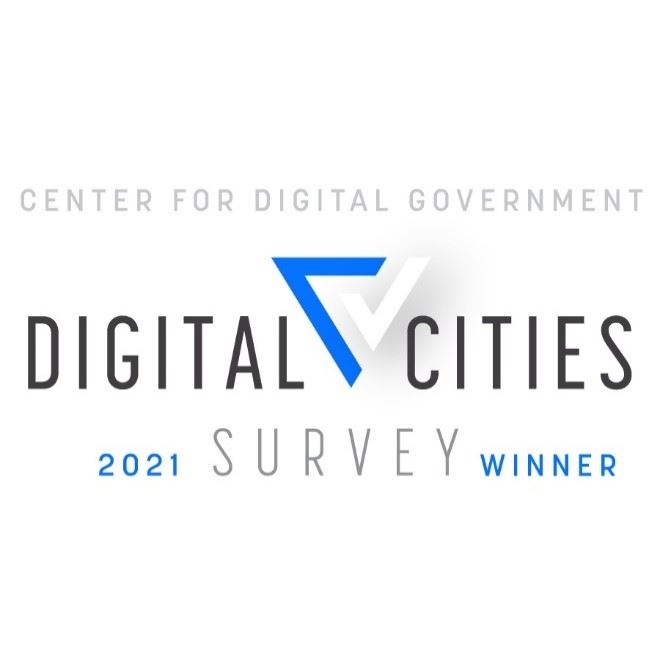 The City of Danville has taken home top honors from the Center for Digital Government as a 2020 Digital Cities Survey Winner.  The first place national award was in the category of cities up to 75,000 in population.

The city was recognized for its approach to resiliency planning as a best practice including quarterly testing and annual updates to its strategic plan, daily threat monitoring, collaboration with other departments, and taking actions based on ongoing testing and assessment.

The center for Digital Government is a national research and advisory institute on information technology policies and best practices in state and local government. 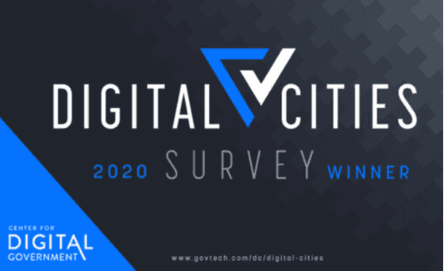 2019 Digital cities Survey winner - THE CENTER FOR DIGITAL GOVERNMENT & DIGITAL COMMUNITIES NAMES DANVILLE AS A TOP DIGITAL CITY IN AMERICA FOR THE 30-74,999 POPULATION.

“The top Digital Cities this year are taking the IT department far beyond the role of service provider,” said Phil Bertolini, co-director of CDG. “They’re exploring creative ways to leverage their technology investments and redefining the role of the public-sector technology leader at the city level.” 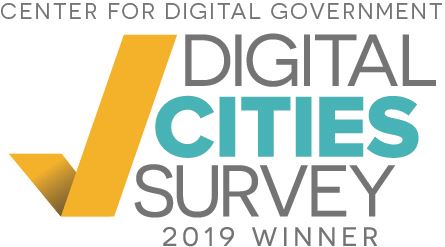 Innovative Use of Technology - Big Data

The City of Danville IT Department was a winner for the category "Innovative Use of Technology - Big Data".

The City of Danville's IT Department launched a new GIS Community Crime Mapping Application this past spring. The application provides a publicly available visual element to the City's crime data by mapping the eight Part I Offenses, as defined by the FBI's Uniform Crime Reporting (UCR) Program by year and by police beat/sub-beat. The ultimate goal of the application was to increase resident awareness of common problems within neighborhoods and open up discussions on how residents can help reduce long term crime patterns through networking strategies such as participation in neighborhood crime watch programs and communicating regularly with COD's Police Department (PD) crime prevention and street crimes officers.

IT as Efficiency Driver - Government to Business

Additionally, the City of Danville IT Department was a finalist for the category "IT as Efficiency Driver - Government to Business".

The Economic Development Project System (EDPS) is an application developed by the City of Danville (COD) that resides on an intranet, providing an automated efficiency tool for Economic Development (ED). EDPS tracks the performance and effectiveness of grants and incentives that have been negotiated between businesses and the City. EDPS allows for web-based data entry, submission and enhanced visibility of business incentives, grant distributions, performance targets, and full access to client contract details.

The Center for Digital Government & Digital Communities Names Danville as a Top Digital City in America for the 30-74,999 Population for the Second Consecutive Year

For the third consecutive year, the city of Danville has been ranked as one of the top cities in the nation in its use of information technology to conduct government operations.

Danville placed fourth among cities with a population of greater than 30,000 and less than 75,000. The e.Republic's Center for Digital Government annually conducts the national survey.

The Best of the Web is a joint project between Government Technology and the Center for Digital Government.

City of Danville is Winner of a 2011 Governor's Technology Award in the Category: Innovation in Local Government

The most innovative projects in government information technology were honored at the 2011 Governor's Technology Awards ceremony at the Commonwealth of Virginia Innovative Technology Symposium (COVITS) on September 27, 2011.

The City of Danville was a winner for "Fire Department Technologies" in the Innovation in Local Government category.

The Danville Fire Department (DFD) had a long history of paper-and-pen record keeping and aversion to change. One manual process -- annual pre-plans -- came to light when DFD began using the City's Geographic Information System (GIS). DFD employees, even those who had resisted technology in the past, realized that perhaps technology could improve their jobs in other ways.

What started as a desktop web application for managing pre-plans evolved into a deployment of in-vehicle Toughbooks and multi-modem devices which automatically map dispatches as they are received and display associated pre-plan and GIS information. Gradually, interfaces were created to expose data not previously shared between departments. Best of all, the laptops are finding new uses in the field for state EMS reporting and data collection. Technology has taken hold in DFD!

For the 2010 Digital Government Achievement Award in Government-Internal Category, the City of Danville, Virginia technology team received an award for the intranet application, "ProjectView". This internally-written application provides the following:

For the 2010 Digital Government Achievement Award in Government-Internal Category, the City of Danville, Virginia technology team received an honorable mention for the "myDanville BudgetApp". This application is an in-house developed, intranet based budget management and tracking system that electronically pulls general fund information from the City’s financial management system (IFAS), integrates the data into an intranet application and allows personnel to plan, review and input requested budget information through a simple web browser.

City of Danville receives Honorable Mention for the 2010 Governor's Technology Awards in the Category: Online, Not in Line

The most innovative projects in government information technology were honored at the 2010 Governor's Technology Awards ceremony at the Commonwealth of Virginia Innovative Technology Symposium (COVITS) on September 7, 2010.

City of Danville, "A Digital Community" depicts a newly designed website that allows citizens access to utility billing history and pay bills online; register for Parks, Recreation and Tourism events; apply for a variety of building permits and track them; apply for city jobs; file complaints and access information about all aspects of city government.